Fawn Reunited with her Mom 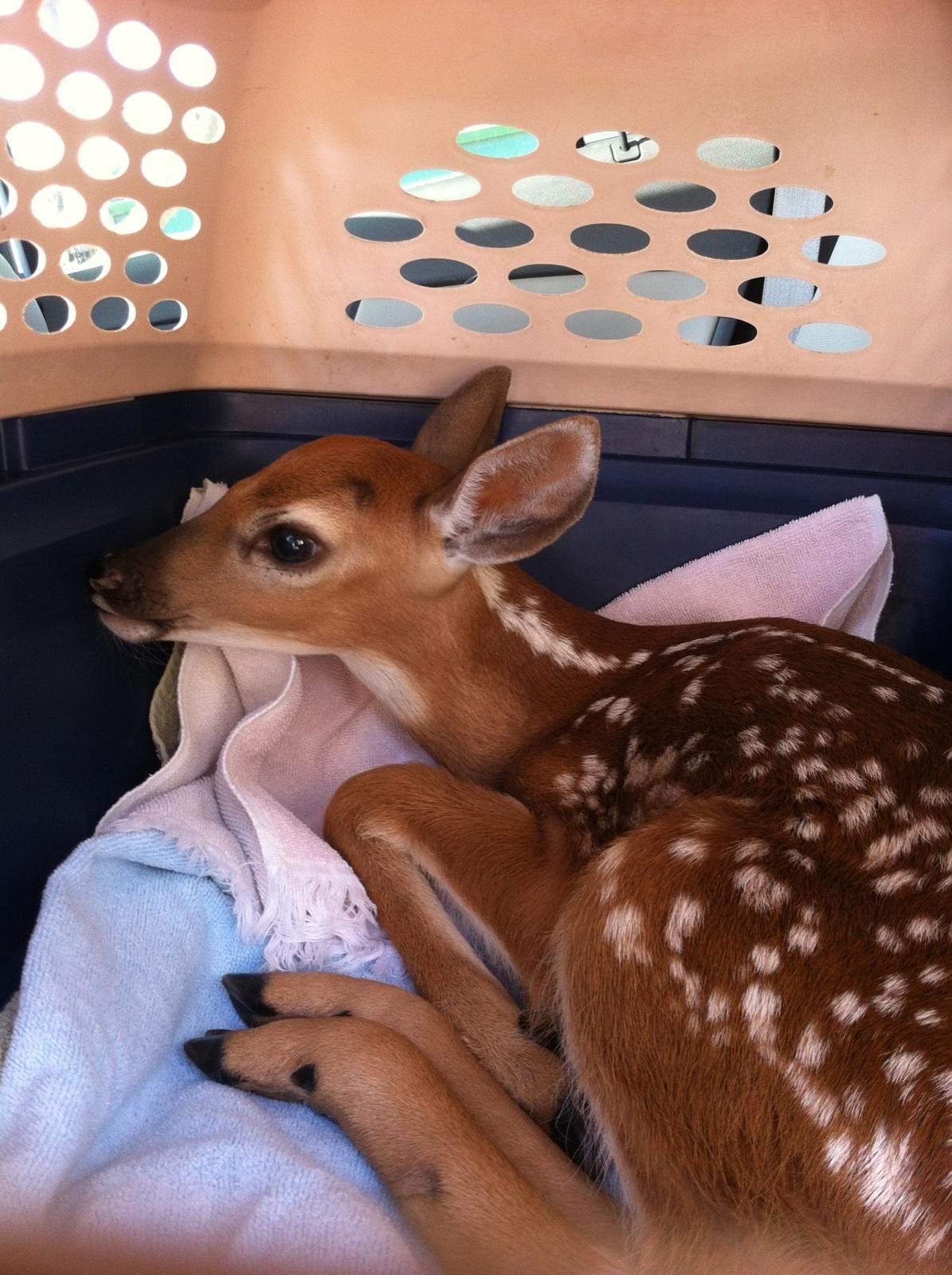 White-tailed fawns are a commonly "kidnapped" animal. Deer are not legal to rehabilitate in Nebraska, so we are not able to keep and raise fawns. People often find fawns laying quietly in the grass where their mothers leave them for hours at a time while they forage for food. Does return periodically to check on their fawns, but well-meaning people often pick up these fawns, thinking they are abandoned. This summer, this fawn was taken from the wild and dropped of at the Nebraska Humane Society. To keep it from being euthanized, NWRI volunteer Amy took the fawn back to the address where she was originally found, and she and her mom were reunited less than an hour later. A great success!