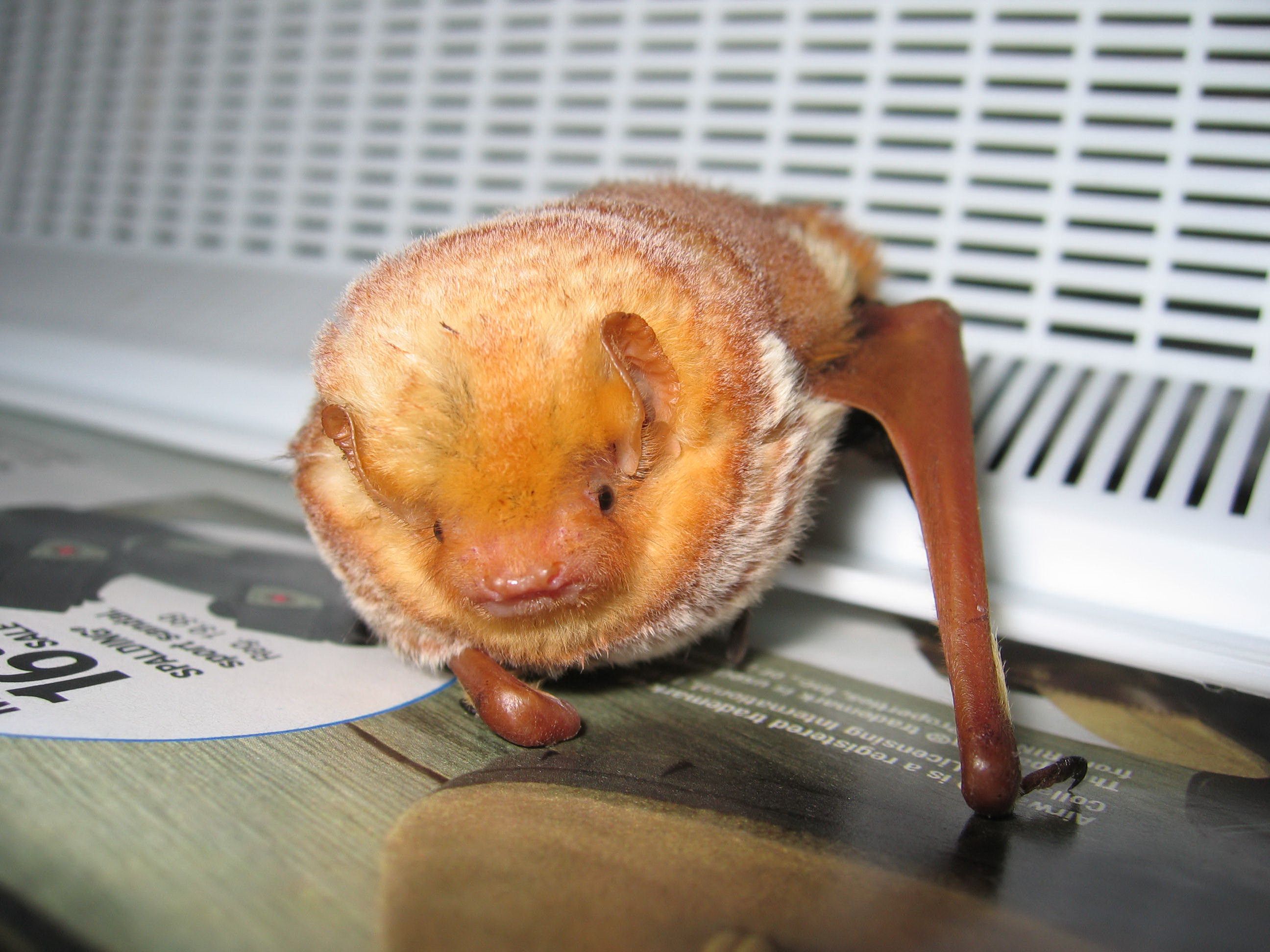 If you find a baby bat on the ground or hanging on the side of a building during the day without its mother, place it in a small cardboard box with a paper towel and keep it warm.  Follow the instructions here to get it to NWRI.

If you find an adult bat outside:

And it is injured or laying on the ground alone, it is in need of help. Click here for instructions on how to get the bat to NWRI.

If it is a mother bat with babies attached, and she is not injured, do the following:

If you find an adult bat inside:

And it is injured or cannot fly, it is in need of help. Click here for instructions on how to get the bat to NWRI.

If it is flying around the house, do the following:

To avoid injuring a bat, do not attempt to catch a bat in flight.

Do not release bats outside between November and March, or if it is raining or the temperatures are below 60 degrees.

If the bat has bitten someone, or was in a room with someone who was sleeping, was under the influence of drugs or alcohol, someone with an otherwise altered mental state, or a child or an elderly person, the bat should be captured and submitted for rabies testing. For bats in the Omaha area, contact the Nebraska Humane Society at 402-444-7800 to have the bat tested. To learn more about bats and rabies, click here.