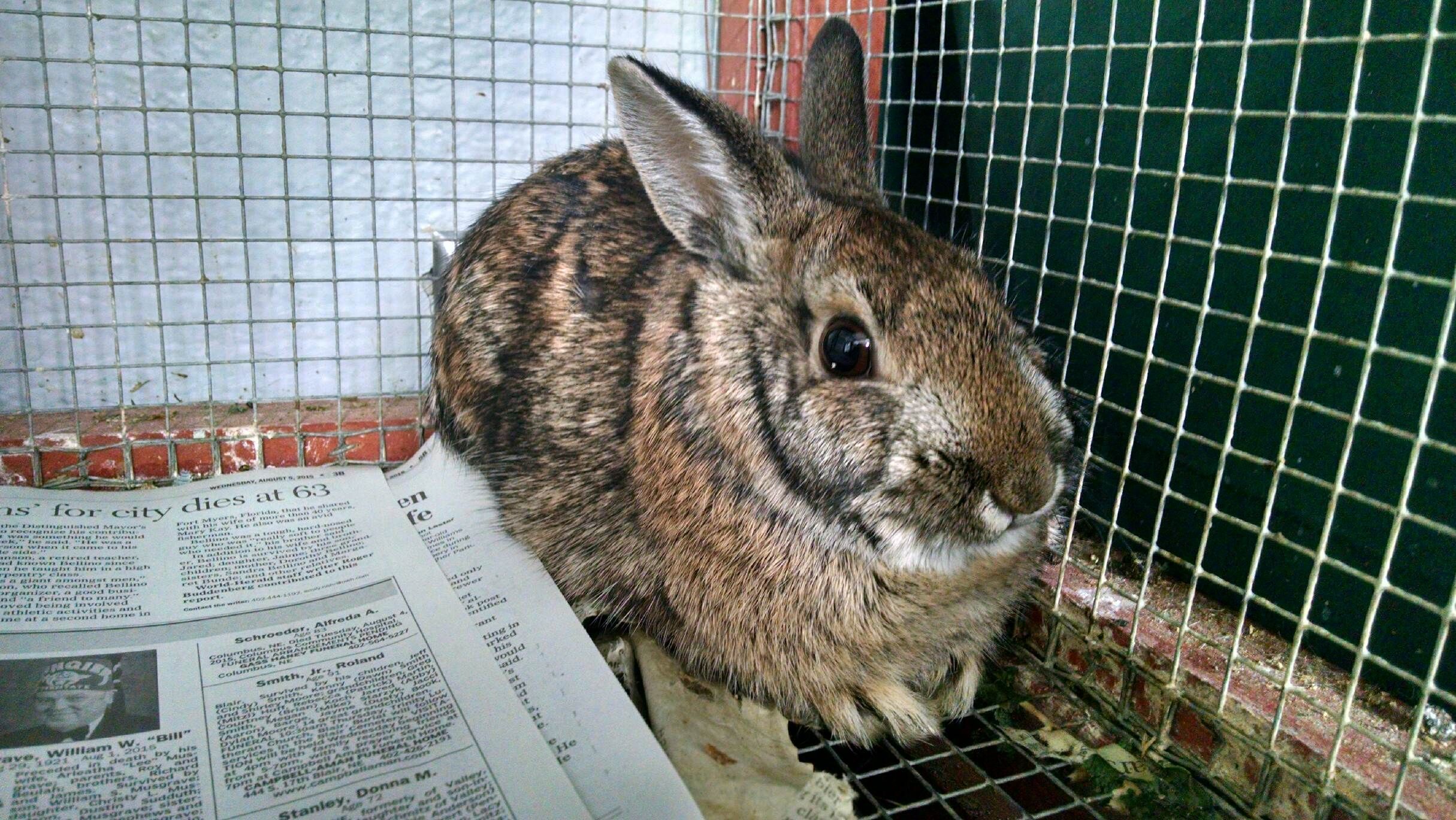 The most common rabbit in much of the U.S., this species feeds on many different plants, mainly herbaceous varieties in summer and woody varieties in winter.

During the breeding season, males fight one another and perform dance-like courtship displays before the territorial females. These displays involve face-offs and much jumping, including females jumping over males. Individuals often jump straight up into the air, and pairs or small groups often engage in active chases.  It is very entertaining to see the rabbits’ courtship “dance”.

The female rabbit creates a nest for her babies by making a shallow indentation in the ground called a scrape. She lines this scrape with dry grass and fur plucked from her chest. This creates a warm, dry, water-repellent, comfortable resting place for the babies. These nests are frequently constructed in the middle of a lawn, in the open, to the amazement of homeowners.

Cottontail females are the sole providers for their young. Because rabbits are true herbivores they must forage almost constantly to obtain adequate nourishment. Rabbits are induced ovulators so they mate shortly after giving birth to a litter. A female must eat enough to sustain herself, feed her babies, and nourish her gestating litter. This leaves her only enough time to nurse her bunnies once or twice a day. She typically does this at night, and it only takes three to five minutes per feeding.

Cottontails are not physically able to move their young either with their mouths or with their feet, so if an occupied nest is suddenly empty, it has most likely been predated. Mothers generally cannot find a nest of bunnies that has been moved.

Bunnies leave the nest and the care of their mothers when they are two to three weeks old. At this time their eyes are open and they are eating on their own. Their ears are erect, they are fluffy, and they can run; however, their first line of defense is the same mechanism which has protected them in the prairie or the forest, standing silently, unmoving . A frozen bunny sits perfectly still, can be approached and even picked up, because he thinks he cannot be seen.

Rabbits will continue to care for their babies even if the babies have been touched by humans.

The female rabbits feeds her young for only about 5 minutes twice a day.

Bunnies are weaned and on their own by 3 weeks of age.

Bunnies born in a lawn or garden will not remain there as adults. The young will disperse within a few short weeks.

Only 10% of the bunnies born in the wild survive.

Discouraging Rabbits In Your Yard

Cottontails prefer weeds and native plants to garden vegetables, so leaving a small "rabbit patch" for them is sometimes the best way to protect ornamental flowers.

Baby powder can protect flowers and plants from the nibbling of rabbits, as can several other commercial products.

Coyote urine can be purchased at hunting stores and can be used as a garden repellent against rabbits.

Some natural plants, such as marigolds, planted around the perimeter of a garden, will deter rabbits.

Consider a short, chicken wire fence around your vegetable garden to keep rabbits out.