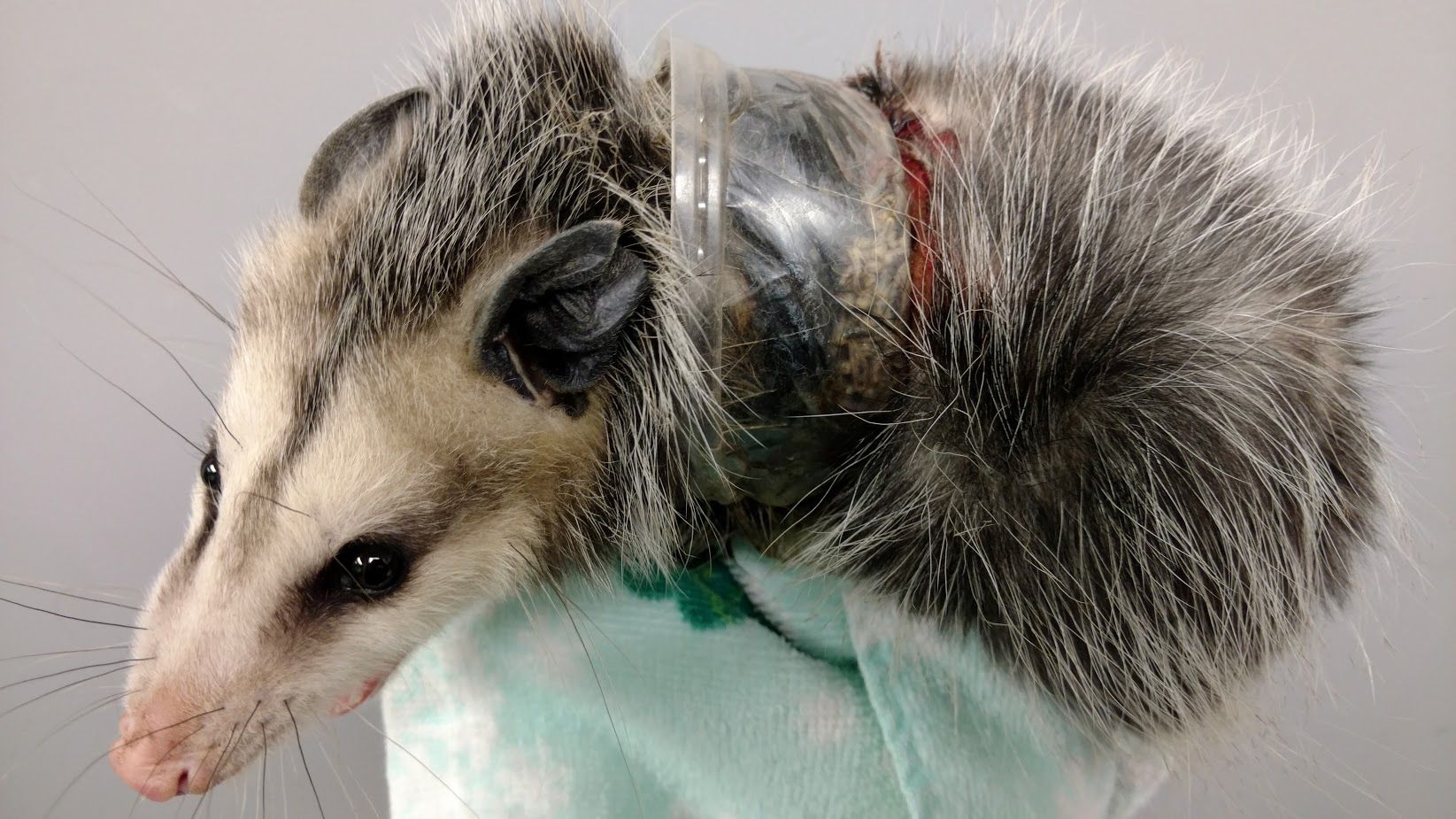 A few weeks ago, we received this juvenile opossum that had gotten his head and front legs stuck in a piece of garbage (a McDonald's drink lid, to be exact). This is a common problem for wildlife that often goes foraging through our garbage looking for food -- skunks, raccoons, opossums, and even foxes come in with jars, plastic rings, and other garbage stuck on their heads, around their necks, or entagling their legs or torsos.

In this case, the drink lid had been stuck around this poor little guy's torso for so long that it had embedded in his skin, causing a deep laceration around his entire body that was infected and infested with maggots. We removed the plastic, rinsed the wound. removed the maggots, and started him on antibiotics and pain medications. Because of the age and width of the wound, it could not be stitched closed, but it is healing well now. He will be in rehabilitation for several more weeks as his wound heals and he regains full range of motion in his front legs, which had been impeded by the plastic.

Check out the video of his initial intake: https://youtu.be/WUL8rf84SFs
(Warning - the wound is deep and infested with maggots, so the video may be disturbing to some. What was assumed to be a "fruit cup" was discovered to be a drink lid after removal.)

This little opossum is just a reminder to all of us that what we throw away is often a hazard to our wild neighbors. Please keep your garbage cans sealed tightly and don't throw garbage outside/on the side of the road. A life could depend on you keeping your trash tidy!

Stay tuned for more on this guy's progress into the winter!