Squirrels Tied in Knots Unimpressed with their Celebrity 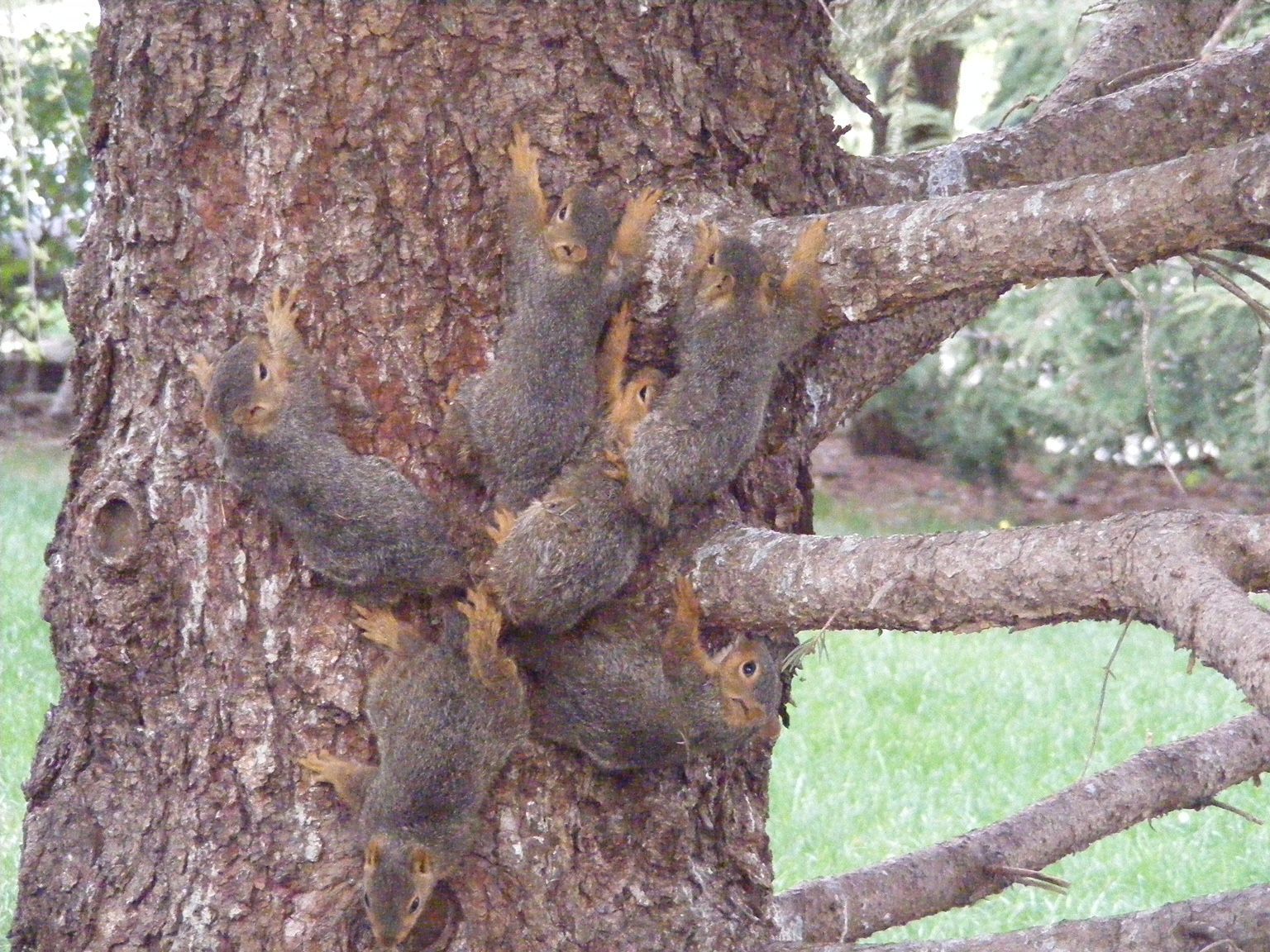 As wildlife rehabilitators, we see amazing and unusual things every day. It's hard to know what might capture local, national, or international fascination. Last week, we found out that wildlife lovers from across the globe will come together to root for a little bundle of squirrels who inadvertently got themselves in quite a predicament! Two weeks ago today, a NHS Animal Control Officer picked up 6 young squirrels that had their tails tied in knots! This happened because when they were in the nest, sap stuck their furry tails together. Their ensuing movement around the nest caused them to get tied tightly together. They were probably like that for several days, or even weeks, before they were old enough to leave the nest. Once they did, they found they couldn't move independently, and were found by a kind a rescuer, trying to climb down a tree! The NHS officer transferred the squirrels to NWRI, and our director spent an hour patiently untying the squirrels from each other, until each one was free! All 6 squirrels are now recuperating at NWRI, and will be released later this summer. In the meantime, when told that they made the news in at least 5 countries, and in over 25 media outlets in the U.S., the squirrels had no comment.
(Want to see some of the press these squirrels garnered? Just google "tangled tail squirrels Nebraska" and you'll find it!)