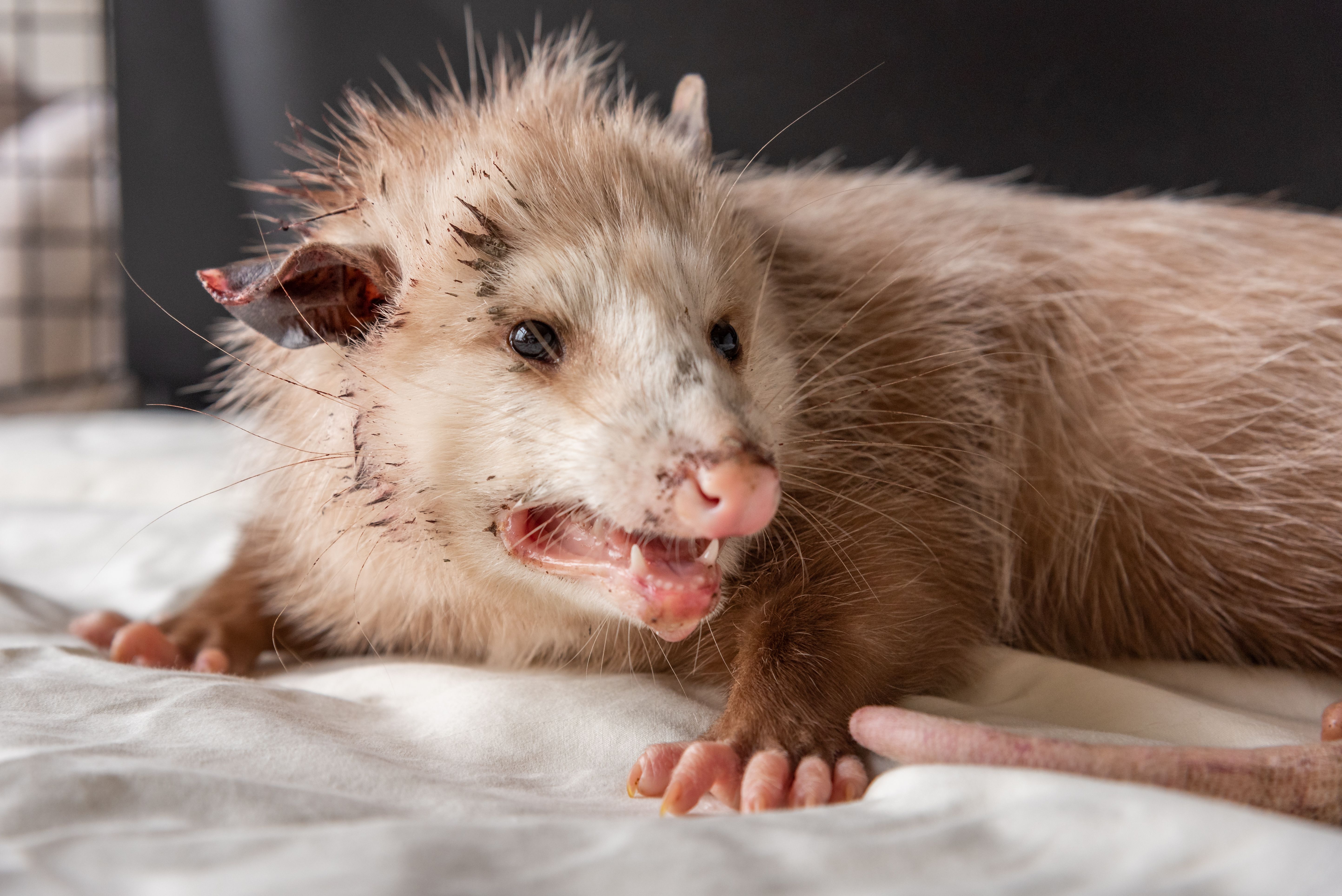 On Halloween night, this young opossum was found with a rope tied around his neck. His face, mouth, ears, body, and tail were all bloody and bruised, and it was apparent to all of us that he had been dragged around and badly abused by someone. We don’t know why he was let go without being killed, but fortunately he didn’t die that night.

That first night was touch and go for him – We gave him pain medications and monitored his breathing, which was labored due to the amount of blood in his nasal passageway. We weren’t sure what his internal injuries might be, but the next morning dawned brighter. His breathing was easier and the pain medications did their job. He was (understandably) scared, but we continued to offer him supportive care and give him an undisturbed environment to recover.

All opossums are special, but if you noticed, this guy’s an unusual color. He has erythrism, a coloration that makes him appear red (rather than gray or black). We’ve had erythristic opossums before, but they are uncommon.

A HUGE THANK YOU to the good Samaritan who saw this little guy and stopped to rescue him, and to ACOs Johnson and Spizzirri at the Nebraska Humane Society for picking him up and calling us right away to make sure he got the help he needed!